There are different kinds of batteries out there. They are known by their BCI group. Group 24 batteries are mostly used in UPS, medical equipment such as motorized wheelchairs, various cars, and industrial equipment.

Group 24 also has a lot of subgroups where the batteries differ in size measurement, power output, and other terms. All group 24 batteries are Absorbent Glass Mat (AGM) and Sealed Lead Acid (SLA) batteries.

Here is a comparison of 24 and 24f batteries. 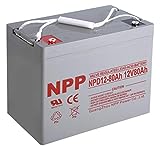 MCA stands for Marine Cranking AMPS. It indicates the number of amps the battery will deliver to the device for 30 seconds at a 32-degree Fahrenheit temperature. Group 24 batteries have an MCA of 625 and 24f has an MCA of 1000. Far superior, isn’t it?

RC stands for Reserve Capacity. It means how much time the battery will supply power to your vehicle if the alternator fails. A crucial number to remember for car owners. Group 24 has an RC of 140 and 24f has an RC of 160. 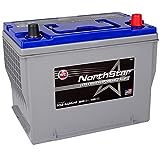 The terminals of 24f are reversed than of the 24. As they connect differently, you cannot put a 24 in a 24f’s place. You need the same battery. Or you have to change the whole wire connecting system.

You cannot use a 24f battery if you have a specified input for a 24 battery. The terminals are different and even their measurements.

Yes. in comparison to the CCA, MCA, and RC rating, 24f is far superior to the plain 24.

Q. What problems I might face using a 24f battery instead of a 24 battery?

First, it will not fit in the battery compartment. The size is different. Then there comes the difference in the terminal. So you will have a hard time wiring it.

Q. Can I use a 24f if I reconfigure the wiring?

There is a lot of difference though they belong to the same group. Always read the size and difference of the batteries when you are getting one. More power is good, only if it fits. Otherwise, you have to change it again.