An IMR battery is a round shape lithium-ion manganese or Li-MN (lithium manganese) battery. IMR is the battery’s product code, with I standing for the anode, M for the cathode, and R for the round shape (I = lithium-ion, M = manganese oxide cathode, R = round cell type). During production, manufacturers provide each product with a product code by which that product is acknowledged on the market.

Construction And Working Of An IMR Battery

IMR batteries have an anode and a cathode, much like any other battery. In this case, lithium is used as anode Manganese Oxide as a cathode. The electrolyte of the battery transports positive charges from anode to cathode. In the anode, the motion of lithium ions generates free electrons, which cause the current to flow.

The IMR 18650 battery is a rechargeable lithium manganese high-drain battery. It has a capacity of 2500mAh and can deliver up to 3.7-volt output power. Its power consumption rate is 9.25 Wh (watt-hour). 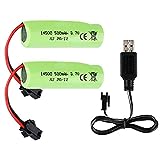 The 14500 IMR Battery is specially designed for high-drain gadgets such as the Nitecore EA11, high-powered LED search and rescue lights, and military spotlights.

Lithium-ion batteries of this type are commonly found in high-performance spotlights and other small portable power pack devices.

Is It Safe To Use an IMR Battery?

In most cases, IMR batteries do not provide safety or protection circuits. As a result, the user worries whether IMR batteries are safe to use.

The Benefits And Drawbacks Of IMR Batteries

Because of the multiple benefits of IMR batteries, they are rapidly used in a wide range of products, including small electrical devices, laptops, vehicles, smartphones, and a variety of other applications. Like all other batteries, it has some disadvantages too.

Q: What does IMR stand for on the label of batteries?

Answer: An IMR 18650 battery has a four-month life cycle. Generally, a four-month warranty is included with these batteries.

Answer: They rarely explode, but because they don’t have built-in protection systems, they can occasionally explode due to overcharging.

Answer: They are mainly used in mobile phones, torches, smartwatches, computers, and even some electric vehicles.

We know that IMR and other Lithium-ion batteries are quite similar, yet IMR batteries have a different chemical makeup than other Li-ion cells. This chemical composition makes IMR batteries safer, with a decreased risk of overheating.

If you’re thinking of getting a new battery, an IMR battery should prove to be an excellent investment. In this informative post, I describe IMR batteries, their use, advantages, and disadvantages. Prior to writing this post, I have conducted extensive research to help you find the best IMR solution for your electric device.