These batteries are mainly used mostly in electric devices, motherboards. Also, they can be used in toys, cars, or in some other applications. Both of the batteries have similarities and dissimilarities that you will learn from this section.

For better visualization, you can check out this video

Both of the CR2032 and CR2025 CMOS batteries are button battery that looks like coins. For this reason, they require only a bit of space in your device. The ‘R’ of the battery name stands for its round shape.

The duo of CR2025 and CR2032 batteries have the same with or diameter of 20mm. Because of this factor, they are interchangeable. The first two numbers of the battery name ‘20’ stand for the diameter.

Each of the 2025 and 2032 CMOS batteries works properly under the temperature range of 0°C to 60°C. But the range varies from battery to battery of different brands. If the operating temperature goes beyond the standard range, the battery will lose its capacity and the device will start malfunctioning or not work at all.

The nominal voltage for both the 2032 and 2025 CMOS batteries is the same, which is 3V. Because of this shared feature, both of the batteries can act as a replacement for another one.

None of the 2032 and 2025 CMOS batteries are separately rechargeable. They only get charged via laptop while it is plugged in.

2025 and 2032 CMOS batteries are disposable. You can easily remove them and toss them away. It’s better to recycle them or dispose of them via an authorized facility since they contain chemicals.

Even though the 2032 and 2025 CMOS batteries have different dimensions, they are still interchangeable because they share the same voltage and diameter. As the depth of the 2032 CMOS battery is more than the 2025 battery, the battery compartment needs to have to be a bit bigger to welcome 2032.

Although, most of the time, engineers design the battery compartment with some wiggle room. So, it is easy to replace these batteries. Even if the compartment is not that deep, you can still put the 2032 battery with a snug fit since the diameter or shape is not an issue.

There are no exact equivalent batteries for the CR2025 and CR2032 batteries. However, some of the batteries can act as a suitable substitute or snug fit in the compartment. The CR2016, CR2025, and CR2032 have the same voltage and thus they are exchangeable with some space limitations. 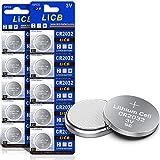 How Long Does CMOS Battery Last

Most CMOS batteries can last up to 10 years from the day they are manufactured if they are handled properly. If you don’t use your laptop much and don’t charge it regularly, the CMOS battery will normally last around 3 years.

You can simply extend the lifetime up to 5 years if you keep your PC plugged at a regular interval. Even if it seems like the battery is doing fine, it is recommended to replace the battery every 5 years.

What Happens If a CMOS Battery Dies

If the CMOS battery of your laptop dies, the hardware settings will be lost when the device is powered down. Every time you will power on your PC, you will be asked to reset things such as the time and date.

If the battery dies or fails to do its jobs, the most common signs you will notice excluding the constant resetting of date and time are, hardware and driver issues, red error while booting, occasional computer shutdown, and booting failures. If you see these signs, replace the battery soon or it will stir up many problems.

How Do I Check My CMOS Battery Health

Checking the health of your CMOS battery is quite easy. If the battery is properly doing its designated job of backing up the BIOS settings after the computer is powered down, it means the battery is fit as a fiddle.

Simply turn off the PC and switch it back again. If the hardware settings are the same as before, the CMOS battery is hale and hearty for sure.

How do I change a CMOS battery from my laptop?

To change the CMOS battery, open up the laptop and search the motherboard for the battery compartment. If you cannot locate it, see the motherboard documents or contact the laptop manufacturer. After locating, remove the battery by sliding it under the clip. Do it carefully so that the clip doesn’t get bend.

Can motherboard work without CMOS battery?

Does most of the CMOS battery charge?

Why my modern laptop motherboard doesn’t have any CMOS battery?

Many of the modern UEFI motherboards don’t use CMOS RAM anymore as they can store settings on flash memory or the hard disk drive of the computer. This is why these systems don’t require any battery, still, some of them can carry one.

In the case of 2025 vs 2032 CMOS battery, the 2032 battery is the superior one. Because CR2032 does not only have a higher capacity but also lasts longer than the other battery. You better keep some spare CMOS batteries for any emergency.