One common debate in the automobile communities seen recently is whether or not AGM batteries are better than their flooded Lead Acid batteries. Many car companies are taking interest in lithium-ion-fueled battery products. However, the majority of the vehicles running on the streets use either flooded or AGM lead-acid car batteries.

Both AGM and wet cell or ‘flooded’ batteries are mainly labeled as lead batteries. Also, these two contain an electrolyte solution that causes a chemical reaction and produces electrons. When put in contact with a reverse current, these batteries get a recharge. 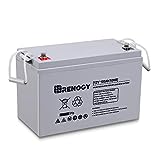 It might be a little difficult to jump to conclusions whether which one is better as each has its pros and cons and these variations should be considered. AGM batteries are significantly more expensive than flooded lead-acid batteries.

What Is An AGM Battery

Absorbed Glass Matte, also known as AGM batteries are alternative to traditional flooded lead-acid batteries which don’t need any maintenance. Most prominent AGM battery manufacturers use 99.99% pure lead, which helps the batteries perform better in all temperature ranges and last longer than their flooded counterparts.

Also, to upgrade fuel economy, many automobile manufacturing brands are now shifting to AGM batteries to manage the increased starting demand for these vehicles with smart start/stop technology.

AGM batteries contain a certain glass mat separator. The separator of fiberglass between the plate and wrappers holds the electrolyte in its place with a capillary mechanism. The fiberglass is saturated with electrolytes – and to store them in a “dry” or suspended state, rather than in free liquid form.

As Ohm’s law suggests, the lower internal resistance increases the output voltage. As well as decreases charging time, and reduces heat loss as power flows through the system. In case of any exposure,  the capillary mechanism holds the liquid inside the glass matting spill proofs the battery.

The flooded lead-acid battery is arguably the most traditional battery used in automobiles for its stand-alone energy system and constant power supply. It uses lead plates immersed in liquid electrolytes. The gases produced during its chemical reaction are released directly into the environment.

To trigger a chemical reaction flooded lead-acid batteries use a liquid electrolyte-containing medium. When the battery is connected, the battery acid creates bonds to the lead plates. As a result, a reaction forms that send an electric current through the attached circuit.

A double sulfate chemical reaction generates electricity. The active materials on the battery’s plates such as lead and lead dioxide, react with sulfuric acid in the electrolyte to form lead sulfate.

What Is the Lifespan of Agm Batteries?

The average lifespan of an AGM battery is around six years if it’s used and charged correctly. After a few years of use, the battery still retains around 80% of its original capacity.

Is an Efb Battery an Agm Battery?

No, they’re not. EFB stands for Enhanced Flooded Lead Acid Battery is a type of flooded battery designed as an improvement over conventional batteries. EFB batteries are generally used in basic start-stop vehicles.

Yes, lead-acid batteries are also known as lead storage batteries which are crucial for cars.

Is a Gel Cell Battery an Agm Battery?

AGM batteries are a quite better option to choose if you consider spill-proof, high power, low maintenance option, and budget is not a concern. However, there are some cases where flooded batteries are a more suitable choice, like when you find yourself replacing your battery all the time and don’t want to spend more on batteries.