We live in a world where cell phones are omnipresent, and most of us have had the unfortunate experience of having a phone battery die at an inopportune time. It is essential to regularly recharge the batteries that power cell phones. How long a battery lasts depends on how often you use your phone and how many applications you use. Additionally, the type of battery your phone has greatly influenced it.

In cell phones, you are most likely to find either lithium-ion (Li-Ion) or lithium-polymer (Li-Poly) batteries. There are differing chemical compositions, weights, and sizes among these batteries. 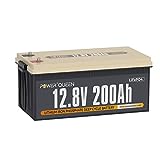 It is the oldest and most frequent type of battery that is used today – and it is the oldest technology as well. The price is relatively high, but they provide a high degree of energy density.

When new, a lithium-ion battery can be used immediately without prolonged priming. You should typically be able to use your phone for a day after a single charge. Additionally, it requires little maintenance and discharges very slowly.

Lithium polymer batteries and lithium-ion batteries share almost the same chemical composition. However, keeping cool is what differentiates them. In addition to their active protective circuits (like those found in onboard computers), lithium-ion batteries keep your phone from overheating. Otherwise, you would have a blazing phone.

One of the drawbacks of this type of battery is that, despite the chance of lasting longer in the short-run (throughout the day), it may age faster in the long run. To slow down this aging process, you will need to know the appropriate temperature storage method. 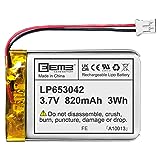 Battery technology has advanced to include lithium polymer batteries. Unlike lithium-ion batteries, these batteries are lightweight and won’t overheat.

Despite this, the vast majority of smartphones are powered by lithium-ion batteries. So we’ll use them throughout the article as a benchmark.

What Determine How Long a Battery Will Last

To be honest, I do not know of any single theory that could determine how long your battery would last. Various websites and applications will calculate battery life and serving time for you, but it is unlikely that the results will be accurate. In the next section, we’ll show you some hints that may ultimately help you draw the bottom line on how long the battery will last.

The official talk time refers to the time that a phone can remain in use before the battery has completely discharged. Phone models with newer technology often have higher talk-time charges. A new model phone typically provides around 5 to 7 hours of official talk time on a single charge. In addition to time used for talking, the official talk time also includes time spent transacting on other applications, such as text messaging and taking pictures.

Oh, those apps! Is it possible to stop using apps? Of course not. We are constantly using various apps for a variety of reasons, and we can’t stop. In our daily lives, we use several applications that use a lot of batteries. Battery life can be greatly impacted by the use of a camera, GPS, editing, music, and other applications.

In addition, we all know how much mobile games drain our batteries. We must keep in mind that modern games often have so many features that they drain our battery charge much faster as we play them.

Depending on the battery type and size, the duration will vary. There is a limit to the number of charging cycles a battery can receive before it begins to deteriorate. Additionally, frequent use of your battery can result in a quicker drain. With a bigger battery, you will get more time between recharges. To shorten this time, you might consider using a fast charger.

To operate, maximum cell phones rely on lithium-ion batteries. In order to operate, the phone needs to be plugged in after the battery drains. Depending on how much you use, generally, lithium-ion batteries will last you for 7 to 12 hours with a single charge; however, the lifetime and duration can be further graded up if they’re maintained well.

Similar to how long a cell phone battery can last between charges, we can say the same for how long it can last before degrading dramatically and needing to be replaced. After 300 to 500 charging cycles, standard lithium-ion batteries found in smartphones may retain 80 percent of their original capacity. It is generally referred to as a charging cycle when the battery goes from 100% to empty and then back to 100% again.

Life of Approximately One Year

Business Insider (BI) notes that, based on some reliable data and stats, experts believe smartphones batteries are designed to last one year or so. In this context, whenever you connect your phone to the wall for charging and it is below 70 percent, a “charging cycle” occurs.

While most people don’t wait until the battery on their cell phones is completely discharged before recharging, some experts claim that the battery can be recharged 2,500 times before being permanently damaged due to the harsh effects a full discharge has on batteries.

So eventually the phone battery will start degrading after a year of use, but it will still keep you going for many years afterward.

Generally, a battery’s ability to hold a charge diminishes over time if it undergoes a lot of charging cycles. As you might decide to replace your phone anyway after two years or more, determining when the battery needs to be replaced is a matter of personal choice.

What are the Best Practices to Expand Battery Life?

Choosing a long-term solution to boost your battery life is essential before learning about short-term solutions.

Here is what the Responsible Battery Coalition says about a few of the myths surrounding phone batteries:

Can I Charge My Phone More Than Once a Day?

It’s okay. Even better! Charging lithium-ion batteries in short bursts is not only fine but advisable. Because they prefer to be charged in small amounts. In general, you should never cycle your phone from 100 percent to 0 percent then back up again unless its battery is acting strangely and if it is claiming to be reasonably charged yet dies out of nowhere. The rest of the time, it’s not recommended to fully cycle lithium-ion.

Should I Lead My Phone to Zero?

That’s not great either! It isn’t ideal to charge your battery all the way up, and it is even worse to discharge it all the way down to zero. Because, your modern lithium-ion battery does not tolerate extremes, unlike older nickel-cadmium batteries.

At What Percentage Should I Charge My Phone?

Battery-powered electric vehicles, unlike these little mobile phone batteries, are designed not to charge to the fullest. And doing so dramatically increases the lifespan and utility of the battery, according to a reliable stat.

Therefore, the experts say you should normally charge up to 80 percent and discharge down to about 20 percent. With that type of usage, you get far more cycles than with fully charging and fully discharging as we do on our mobile phones.”

It is the use of a cell phone battery, primarily, which determines how long it lasts. When you follow a proper way to operate your phone, you will be able to guarantee a longer battery life as well as a longer duration.